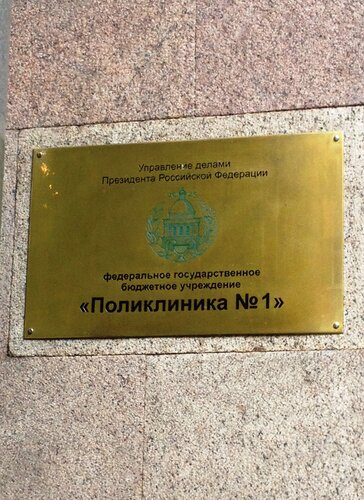 On September 24-25, 2013 in Moscow, Russia
will take place
THE FIRST WORLD HIRUDOTHERAPY CONGRESS.
AHTA was invited to participate in this unprecedented event!

The Chairman Organizing Committee of the Congress,
Mr. Konstantin Sukhov, MD, PhD, says:
"I hope that Your presence will contribute to further development of hirudotherapy on the territory of the USA."


Mrs. Alicja Kolyszko, President/CEO & Konstantin Lakeev, AHTA Board Director will depart to Moscow on September 19, 2013. They will proudly represent the American  Hirudotherapy Association with all it's Members and the Canadian hirudotherapists, Mr. Kevan Rurak & Mrs. Jessica Rea. The official letter  from Canada  will be presented to the Congress Committee & the audience, in absentia.

We are looking forward to participate in the work of the First World Hirudotherapy
Congress, to face the WORLD LEADERS and PRECURSORS in HIRUDOTHERAPY DEVELOPMENT !

HIRUDOTHERAPY CONFERENCE in Las Vegas was a great SUCCESS!

Event, which was planed to be a three-day event, turned to be a week of excitement!

From the desk of  CEO at the American Hirudotherapy Association:

"... The Very First in the USA, “Conference on Non-Invasive Hirudotherapy” is coming to Las Vegas on June, 28th-30th, 2013 ..." , Mrs. Alicja Kolyszko announced yesterday for the press release.

"... LIVE, as Kolyszko continued, Not open to the public EVENT IN LAS VEGAS, Nevada  this incredible presentation of
NEW-WAY-PERSPECTIVE ON REJUVENATION, LONGEVITY & HEALTHY AGING EVENT!
Evidence-based case studies will be presented by professional hirudologists,
graduates from the Academy of Hirudotherapy  from all over the country!
Our special guest, renown scientist - Lily Sobieldina, from Russia will introduce a revolutionary NEW TYPE of Ozone machine, a top-of-the-line equipment;
Our hirodologist, Irina Brodsky, will be talking about the implementation of it into hirudotherapy treatment.
There will be more surprises to share with  our fellow-hirudotherapists, current students, attendees and online observers!"- Alicja concluded.

Today, during the official AHTA Board meeting in Las Vegas, the President of Georgian Association of Hirudologists - Mrs. Manana Okromchedlishvili from Tbilisi was voted for and unanimously accepted as an Honorary Life-Member of the American Hirudotherapy Association for the year 2013.

Okrochedlishvili is also an owner & director of Natural Medicine Centre "HIRUDA", at 25 Pekini Ave., Vake-Saburtalo district, in Tbilisi, Georgia. The Centre "HIRUDA" provides services in hirudotherapy and introduces other alternative drugless modalities to the public in Tbilisi.

More details about Manana's achievements and pioneering work in hirudotherapy in Georgia, will be posted soon.

CONGRATULATIONS
to our new International Partner and
Supporter in professional Hirudotherapy --
Dr. MANANA OKROMCHEDLISHVILI,
President/Founder of the Georgian Association of Hirudologists
in Tbilisi.

The  complete list of AHTA Board Members have been posted
under "AHTA Officers".

On November 30th, 2012 the American Hirudotherapy Association approved and pronounced the new Members for the AHTA Board of Directors.
They represent  State of Pansylvania, New York, Arizona, Nevada, California & Illinois.
The final list was filed with the Nevada Secretary of State on this date.
Congratulations to ALL NEW MEMBERS!

Intellectual Property. All Rights Reserved. Copyright © 2012
IT IS OFFICIAL NOW!
On Monday, the American Hirudotherapy Association
received a gift from talented Chicago-native artist, Mrs. Marta Niziolek. For now,
however, this unique artistic expression is captured on the professional photograph.
The “Heart in the Hand of Leeches” is waiting  for the final print-on-canvas process
at the Art Print & Frame Shop in Las Vegas.
Soon, it will be available to view at the American Hirudotherapy Association office
lobby before the original sculpture will arrive in January , 2013 to Las Vegas.

Mrs. Niziolek’s artistic interpretation of hirudotherapy essence has been portrayed to a viewer as a Healing Power of Nature locked in the symbol of
LIFE - HEART, which is PLACED in the LEECH’s HAND. This grandiose visualization conveys a simple “THANK YOU, LEECHES” from Marta’s heart!
It is a great privilege to accept this precious gift! Thank you, Marta, from the American Hirudotherapy Association!

Yesterday, on November 20th, 2012 sculpture was unanimously voted and sealed for AHTA’s official company symbol.
[more story, to be continue]

Last Thursday, Mr. LAWRENCE WALLACE, Group Director, Biotech / Living Zoology / Genetics at Carolina Biological Supply Company in Burlington, NC and the President of Academy of Hirudotherapy, Las Vegas, NV - ALICJA KOLYSZKO, DHT, MA, MS, reached the final agreement in the negotiation regarding a distribution of Medicinal Leeches/ Hirudo medicinalis/Hirudo Verbana to the Academy of Hirudotheapy.  Carolina Biological Supplier is the only one distributor of Medicinal Leeches from European Biopharm Leeches UK in the USA. They supply leeches to hospitals and schools; the highest quality leeches are from the control environment. Both parties are looking forward to this long-term business partnership.  All certified  hirudotherapists, graduated from the Academy of Hirudotherapy, will be able to place their orders beginning on Monday, November 26th, 2012.
Carolina Biological Supplier
Click to set custom HTML

website: www.laleeches.com
After all the arrangements were finalized, Irina Brodsky, C.H.P., was the Main Host & Hirudotherapist today during the cosmetic hirudotherapy session performed live for the French TV.  Bravo and Congratulations, Irina!
Irina's client/model was a true-first-timer ready to experiencethe secrets of  leeches' salivary glands secretion! Both Ladies introduced leeches to future  French viewers in an exceptional performance!
Brodsky manifested the knowledge and the expertise in the cosmetic application of medicinal leeches in this procedure.

The Infomercial was arranged by the French Rédactrice en Chef Adjointe Accès Privé, MARIE-EMILIE CATIER and the
President of the Academy of Hirudotherapy, Las Vegas, NV  ALICJA KOLYSZKO, to introduce & promote these unique hirudotherapy applications to the sophisticated French audience.
As Marie-Emilie says: "The French are like Saint Thomas: 'they only believe what they see!!'"

We will post the feature Infomercial as soon as it will be available!
Here  is the link to the Patric Spica Production, Paris.
Site link:
www.spicaprod.fr

Alicja Kolyszko, President of the Academy of Hirudotherapy and Kevan Rurak, C.H.P. from the Academy, met with Biopharm Leeches-UK representatives, Carl Peters and Christopher Bond in Las Vegas, NV where the Academy's headquarters are located.

On October 25th., the Academy of Hirudotherapy President, Mrs. Alicja Kolyszko, had a very successful
meeting with Representatives from the Head Office-Biopharm Leeches UK, Mr. Carl Peters and Mr. Christopher Bond at the Vdara Resort, Las Vegas, USA. Mr. Kevan Rurak, Newly Graduate at the Academy of Hirudotherapy, from Edmonton, Canada was assisting Kolyszko during the meeting.

All parties reached the agreement, and as of today, October 29th, 2012 the Biopharm Leeches UK became an official Medicinal Leeches supplier for the Academy of Hirudotherapy, its students and graduates in the USA and Canada. Biopharm Leeches UK continue the traditions established in leech breading since 1812; now, the Biopharm Leeches UK  developed and implemented the newest technology into the leech breading laboratory. The Carolina Biological Supplier, North Carolina, USA, will become soon a distributor of the Medicinal Leeches for the Academy of Hirudotherapy.

Kolyszko closed the meeting with this enthusiastic statement:
"We care for our clients and we always seek the best options. We are looking forward to developing a long-term business partnership with Biopharm UK and its distributor, a Carolina Biological Supplier!  This endeavor will guarantee the safety issue for our clients, the reputation for the Academy, as well as for its students and graduates, Certified Hirudotherapy Practitioners. We want to provide our clients with the highest quality leeches from the Biopharm controlled environment in Europe!"

During this successful meeting , Mr. Carl Peters expressed the support for the Clinical Research in Neuropathic Pain Control and offrered a possible donation of  Medicinal Leeches/ Hirudo Verbana, for the clinical research  project at the BTER Fundation located in Irvine, California, USA.

This will be the FIRST CLINICAL RESEARCH in NON-INVASIVE HIRUDOTHERAPY that will be presented for FDA acceptance and clearence.
Kolyszko is looking forward to participate in this research and share her expertise in the hirudo medicinalis applications and successful hirudotherapy panels implementations. Over the years, Alicja's successes in hirudotherapy clinical practice made a significant green mark on the chart of non-invasive hirudotherapy historical expansion in the USA.

"... Currently, Dr. Sherman continues his research in myiasis and maggot therapy at the University of California, Irvine; [Quote from BTER Foundation-- biog.] also, in leech therapy at BTER Foundation, for the last couple of years. Recently, Mr. Sherman expressed his "step forward" into leechtherapy clinical indications development, to Ms. Kolyszko:
"  ...  The fact that it is so difficult [read: to present a new clinical indications for leech therapy to the FDA] is why most people will not bother trying; but the fact that it will bring prestige to hirudotherapy, and bring new patients and therapists into the fold, is precisely why it is worth the
effort to me. I have done it before with medicinal maggots, and I think I can do it again  with medicinal leeches. "